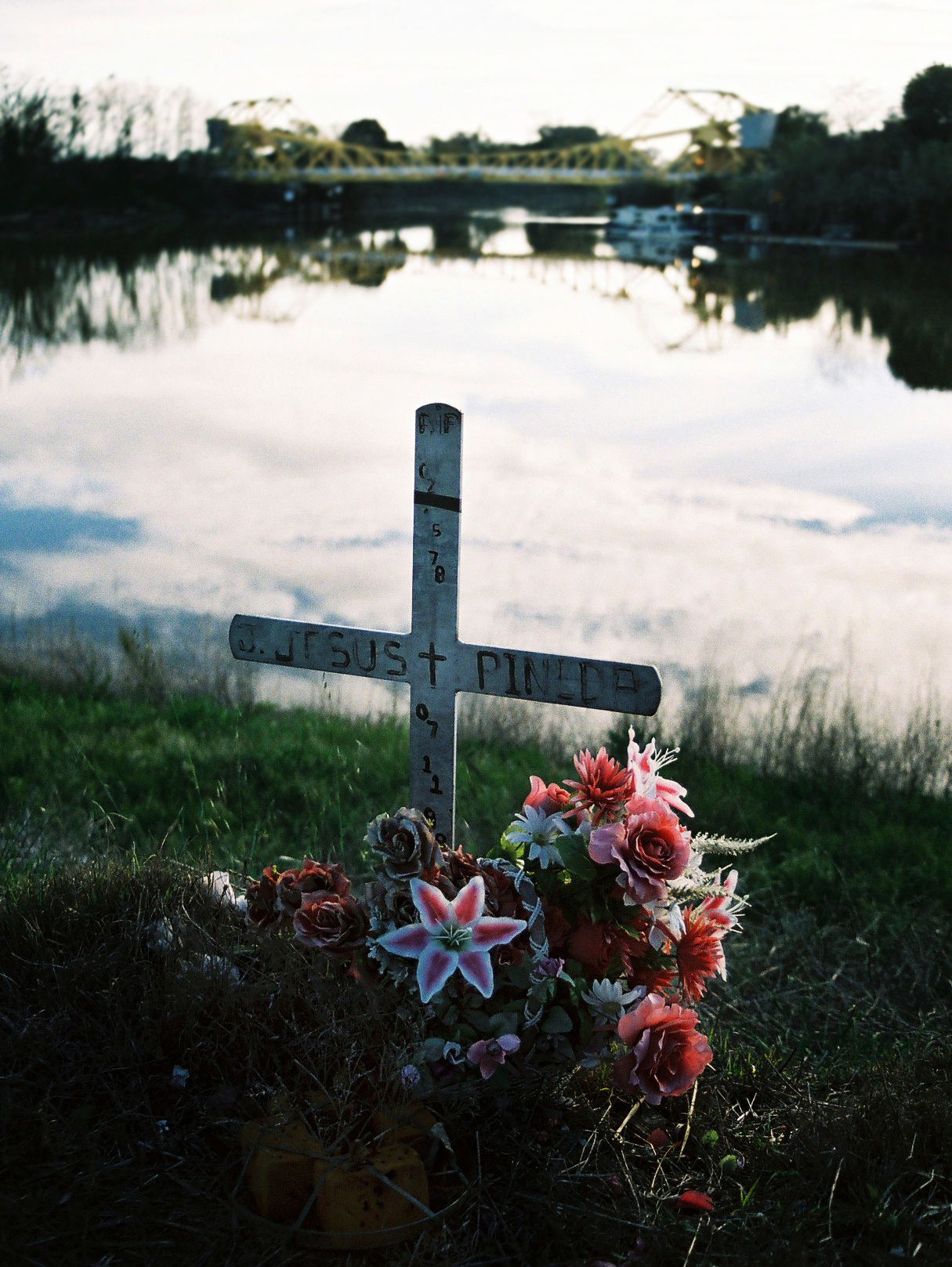 I’ve been trying to wrap my head around the meaning of these crosses as I’ve been researching these roadside memorials. Why families put them up and maintain them many years after the fact even if the person is buried in a proper cemetery. Why do we try to immortalize such a sad place? While reading up about roadside memorials I began seeing an alternate word for them descanso. Descanso comes from the spanish, rest, or in this connotation, final resting place.

Lately I’ve been watching a lot of tv shows on netflix, and one of my favorites has been this cancelled way too early show called Dead Like Me from showtime. Its about a girl named George (Georgia) who is killed seemingly randomly at the young age of 18 and instead of moving on to her afterlife she becomes a grim reaper instead, helping souls who have died tragically “cross over” or meet their “lights.” In one episode George’s very spiritual grandma is visiting and is talking to her little sister about her sudden death and she asks the little sister “Have you ever been to that place, Reggie? That place where George died?” to which the sister responds with a grunt no. The grandma simply states to her “Its an important place in her life, it should be an important place in yours too.”

I think that right there is part of the reason why we (we being humans experiencing tragedy) feel the need to memorialize things like this when they happen. This is an important place, it is sacred ground, the history of this exact place has been changed forever. This is their descanso, their final resting place. Here where these crosses stand a very unsuspecting soul met their fate and left their earthly body. Whether you are religious or not we can both agree that a very important life ended at this very spot, and if that person were able to communicate it, it would definitely be a very important place in their life, one that deserves notation, because its where it all ended. You can either believe that it ended and a new one began or it just ended, leaving a void in your remaining loved ones lives forever.

Yes, these are reminders to slow down and drive a little more carefully. Yes they are hauntingly beautiful. But above all else these are memorials to a sad event in someones life, one that can’t be forgotten. I think thats why these spring up in places of tragedies, and I definitely think that these are worth being preserved.