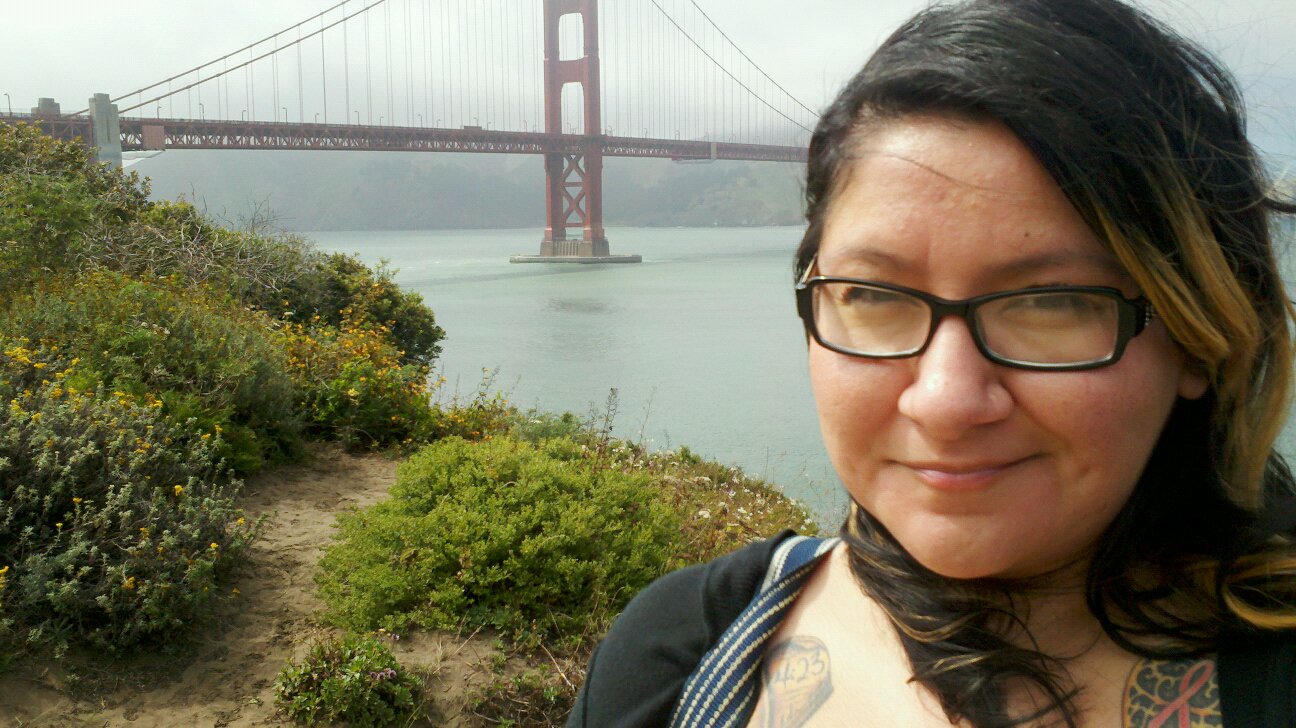 So I mentioned the other day how I was gonna head out to Berkeley for the day and poke around, my original plan was to hit up Tilden Park and get some nature shots, maybe some sunset shots over the bay…and then I realized…how often do I actually get the balls to drive out to SF for a day? Not very often. How many things have I yet to do in the city even though I only live an hour and a half away? Lots. Visiting Sutro Baths has been on my to do list forever it seems like (totally overrated by the way), and up until last year I had never been to Golden Gate Park, it had been over 15 years since I had seen the Palace of Fine Arts, and very rarely do I actually STOP to take pictures of the Golden Gate Bridge. So I said what the hell and made my way into SF.

Being the solo type of girl I am when I travel and photograph stuff I realized how challenging it can be at times. First off, I truly believe no matter how many places you’ve been, how talented an artist you are, you NEED the typical tourist shot in front of a landmark. Seriously I don’t care how cliche it is, you earn the right by traveling in the first place- even if its somewhere close. This belief brings up its own set of problems like… whos gonna watch my crap while I go get this shot that’s hella [yes I really just said hella, thats my NorCal kicking in] tricky to get? How the hell am I gonna ask these tourists who don’t even speak the same language as me to take my photo, oh and have them NOT rip off my stuff? What happens if I attract the wrong kind of attention? These are all very real issues us girl photographers have to deal with.

I think there are a few key things a girl needs to have with her to be able to successfully photograph and travel alone, 2 of these things I have been lusting after for the past couple months.

1. An extendable handheld monopod… for taking those touristy photos without having some stranger run off with your camera.

2. A really good camera backpack, because shoulder bags swing and can seriously throw you off balance. Let me tell you a story, once upon a time I was climbing across some boulders holding an ice chest in one hand, I lost my balance for a quick second and accidentally over-corrected, resulting in me not only breaking my foot trying to regain balance, but falling backwards straight onto a jutting?jetting?whatever, it was sticking OUT rock, ready to break my spine. Now replace the ice chest with a camera bag and you have a very expensive photo trip with broken bones and lenses. Not ideal. The moral of this story? Splurge on a good backpack. This one may not be as girly as this red one I saw, but it has a built in camel pack, side access so you don’t have to completely remove the pack, and its super sleek and lightweight- perfect for your womanly body.

3. I’ve mentioned before how you can use a tripod as a weapon if you must (yes I was totally serious), but if you’re cameras already attached to it I highly doubt you’re going to want to whip that in someones face. Walking around SF by myself I decided since I was alone and with expensive (read: attractive to thieves) equipment that I’d have my pepper spray close by just in case- cause you really never know, and this is where my moms overprotection my whole life kicks in. I have a carabiner I use as a keychain and I clipped my pepper spray to my bag so I could easily unclip it and have it ready. Seriously, women, you never know, always be ready to defend yourself because yes, it could happen even to you.

I originally meant to just tell you about my change of plans for the day but I got seriously sidetracked once I realized how much of a hassle it can be traveling alone sometimes (but totally worth it, especially the part about being on your own timetable). ANYway, I hope I helped you gals with your photo travels out there.

For any of you HIMYM fans (how I met your mother) out there, you will all love todays Tip & Trick Thursday.  I created my very own Murtaugh List for things I am too old to do, and by old I mean experienced. I’m mostly writing this because I am the queen of doing dumb shit and basically shooting myself in the foot when it comes to epic photography screw ups. There was that one time I erased priceless pictures from New Zealand from my hard drive AND card, the multiple times I’ve misused, mistreated, mistaken film and come out with horrible results, and most recently using cheap as shit film and expecting something good to come of it. So here goes my own version of the Murtaugh List.

I’m sure I’ll add more to this list, because I learn everything the hard way…oh silly me. I’m too old for this shit.

So the show was amazing, I am still in awe at how many friends and family showed up to support a big first for me, and I’ve even had 2 people inquire about buying a print! It was an amazing show filled with some really talented photographers and I’m looking forward to participating in many more.

This whole thing was a giant experiment for me. Usually before I dive into something I like knowing everything, what to do, what to expect, I do my research but nothing I did or read really prepared me for the show and getting ready for the show which is a new experience for me in general. Needless to say I learned a lot about the process and myself and how willing I am to walk blindly into something, fully invested. But hey, guess what? I survived…even though I was scared sh-less for the entire time. At least now I know what to do and what not to do…which I’m sure I’ll be posting about some more so I can help out other newbies like me out there.

And I don’t want to brag or anything, but everyone loved my business cards and my mini bio I had posted next to my work.  :)

I was hoping to have the videos and pictures from the show posted by now but I took some time this week to de-stress by living it up and being totally irresponsible, so I’ll try to get them up before I turn 80. I will also be returning to my regularly scheduled program with some awesome Tips & Tricks, and Friday Postcards, and more progress on working on my book project and teaching my niece E some more photography stuff now that I”ll be spending 2 days a week with my niece and nephew. By the way, during the show prep I showed her the darkroom and she totally thought it was cool, so I think next we’re going to work with black and white film and see if she likes it.

I recently came across this really awesome photo submission to a photo blog I love called I Still Shoot Film and I felt I had to share because of all the photos shes posted, this one is my favorite and it was a total accident.

Joshuapb wrote of the photo: “Hello there! so i accidentally(who knows how) put a roll of film through my camera twice, but 5months apart and had put other rolls through in between putting it through again. and this is what came out. hope you like :)”

Now, being realistic, the chances of double exposing your film like this (by rolling it through twice, but seperately) and ending up with a great photo are slim, but with certain cameras it is possible to achieve this effect. Certain cameras (holgas, some older SLRs, and TLRs) allow you to take another photo on the same frame without being forced to advance your roll of film, allowing you to double expose your film. However, there is a less risky way to get the same effect which is what I wanted to touch on today. Enter: the negative sandwich.

END_OF_DOCUMENT_TOKEN_TO_BE_REPLACED

One of the best things I learned early on about editing my photos is cropping.  Ideally, one would like to shoot the perfect shot every frame without any distractions around the border, or have the right idea about a shot…but sometimes, a lot of times things just end up differently on film or on your computer than you pictured in your head while you were shooting.  Enter: cropping.

Below are some examples of my own work where cropping was necessary to end up with the best end result.

When I first uploaded the pictures from this night onto my computer I didn’t really like it because even though I had to scour the hills of Berkeley to get a good enough spot to shoot from in the freezing cold at night on a VERY steep hill in front of someones driveway on a very busy street corner, the tree was still really distracting in the original photo and I was pretty bummed about not getting all of the harbor area I was hoping to get.  With gift of cropping I’m still able to salvage the beautiful San Francisco skyline.  Problem solved.

Even though I utilized some selective focusing in the original, the huge cypress tree in the background was really distracting, it made the entire shot feel a little unfocused and draws your eye upward when my original intention was to draw your eye downward to the headstones.

Try cropping some of your photos you may have previously disregarded as boring or trash and see what you come up with.  In fact, link me to them!!  I’d love to see your original vs cropped photos! :)