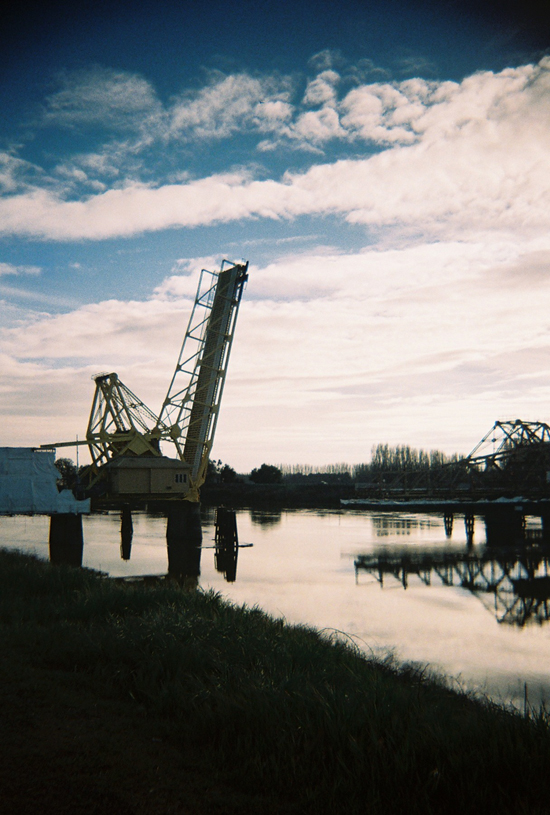 I shot this one on the Blackbird Fly toy TLR while I was waiting for the sun to go down so I could get some long exposures of car light trails for my portfolio series. Aside from hearing the workers on the bridge and their raunchy jokes, it was actually quite peaceful there in the high grass with a cool delta breeze in my face. I love nature. 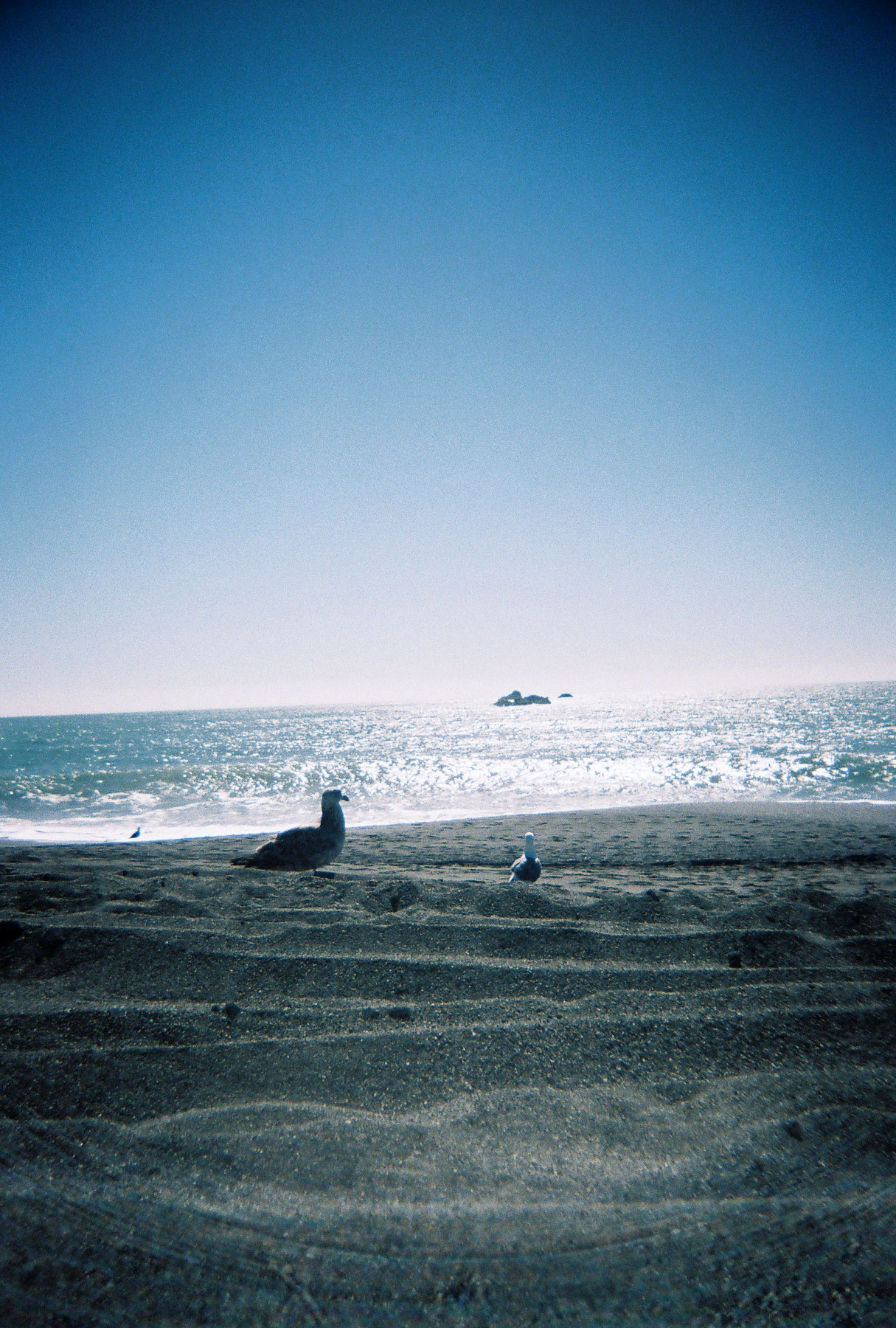 A couple months ago I took one of my usual day trips to Bodega, toy camera in tow and as I was sitting on the beach eating lunch I just had to snap a couple pics. I really wish I was back here again. I love Bodega. 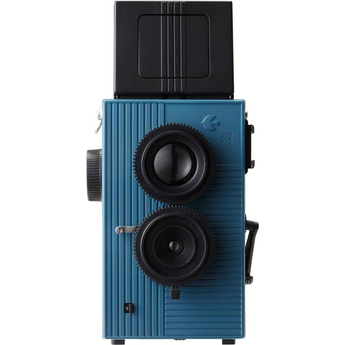 So I recently cashed in some granted stock from work…and my original plan was to pay off all my debt and chip a big portion of my Visa bill away…and then I realized I keep paying off the same stupid card because I pay it off, then get sad about giving away all of my money and never getting anything of use. Seriously where does the credit go? So this time around I decided to buy a few things I’ve been meaning to get before I give all my money back to my debtors and continue being fiscally responsible Valerie.

FINALLY, I ordered my film scanner, which in the end is going to save me about 3-5 dollars per roll being developed not to mention the 20 dollars it costs to get a professional negative scan when I need to scan something hi-res, granted I may loose some sleep because while the quality reviews are amazing, apparently this process is slow as shit and I am impatient. I foresee many wine and scanning nights. Either way, I finally put my money where my film is and sacked up to buy one.

I’ve been lusting after this TLR like a cougar stalking her prey at a sports bar on college night for far too long and it will finally be mine. I will finally have in my possession a toy camera that I can respect.

And to accompany my new little toy I decided to get some fun film to experiment with since I’m not really known for testing the waters when it comes to switching up my films. I’m a Fuji and Illford girl, what can I say? I also added a couple rolls of Kodak Ektar and Porta films to see how I feel about those, since I’ve heard great things.

Though I may be out a couple hundo, at least my heart will be happy and I can actually USE these things for years to come (well not the film but ok). I’m going to justify my shopping spree as an investment in my artistic self. So, Merry Christmas to me. :)

Many many moons ago, I purchased a vintage SX-70 Polaroid camera at a garage sale which also happened to be right around the time Polaroid decided to discontinue all their products, I was basically assed out of buying film for it because I was too broke at the time and missed my chance, but I just came across the Impossible Project who leased out the old Polaroid factory and began recreating instant film! And GUESS WHAT? They’ve created some film for my SX-70! I am extremely stoked, and I’m still broke but I’m ordering the film anyway, its totally worth it. I think I’m more excited about manipulating the emulsions than I am actually getting to use my camera finally. I just had to share this awesome news, I know a ton of people with old Polaroid cameras that take 600 film and they sell it there too! I can finally start using both of my Polaroids again!

Lately I’ve been noticing myself having dreams about cameras.  Specifically toy cameras. Toy cameras are essentially cheap(ish) plastic cameras that are meant for casual photography, lately they’ve been seeing a resurgence in their popularity because of the unintentional effect they create on photos, light streaks, double exposures and what have you.  They’ve even become extremely mainstream in the hipster community thanks to Urban Outfitters and the like.

But anyway, I’ve been dreaming about these cameras lately which is very odd for me.  Since I first heard about Holga cameras when I was in high school I’ve always wanted to dabble with toy cameras but I never really did it, mostly out of forgetfulness.  Lately I’ve been reading up on some other photoblogs like I Still Shoot Film (really heavy on cross-processing which gives the photos a cool color effect) and this other blog about this relatively unknown street photographer Vivian Maier who has become quite famous posthumously when someone bought all her negatives shot with her TLR (twin lens reflex) on the streets and started developing and posting them.  I think all my late night blog reading has finally caught up to my dreams.

A couple weeks ago I had a dream about the Instax camera.  I was in a photo class with my friends that was being taught by my college photo professor Danita and we were doing experimental photography.  Because of the crappy budget allotted for photography by the school we were given these ancient versions of the modern day Polaroid/Instax cameras.  In my dream they were a cross between a  large format camera (think Ansel Adams and a huge cloth over his head) with a giant flash bulb attached, and the glass plate that normally sits in those large format cameras spat out instant photos, but with all the settings of modern toy cameras.  It was a beast of a thing but surprisingly light in my dream.

Now I’m normally pretty fussy about what I shoot and the exercise of the day was to “capture life” which I felt pretty intimidated about because lets face it I’m a perfectionist and I wanted THE perfect shot.  Time was running out and we were running around campus trying to shoot things so eventually I just gave in and ended up shooting someone jumping on a trampoline who jumped up and did the splits right as I shot it.  When I saw what I had shot I was totally blown away at how much I liked the picture I took on impulse and ended up really liking the Instax in my dream.  I woke up that morning confused but inspired.

Last night I didn’t have such a detailed dream as before, but I was playing around with a toy TLR camera and was walking the streets shooting everyone and everything I saw and loving it.  Half the struggle, for me at least, with doing street photography is that its a little intrusive to people if you come up to them or their business with a camera to your face and take their pictures, its much more relaxing to people you shoot if your camera isn’t up in yours and their face.  Enter: the TLR, it allows you to shoot from the waist, giving you the freedom of actually making eye contact and conversing with these street subjects if you dare.

I think my dreams are telling me something. I think they are telling me to be more adventurous in my photo taking and to experiment outside my comfort zone on the things I choose to photograph.  I really want to get the Blackbird toy TLR now, like real bad.  Who knows, this could be the year I go plastic.