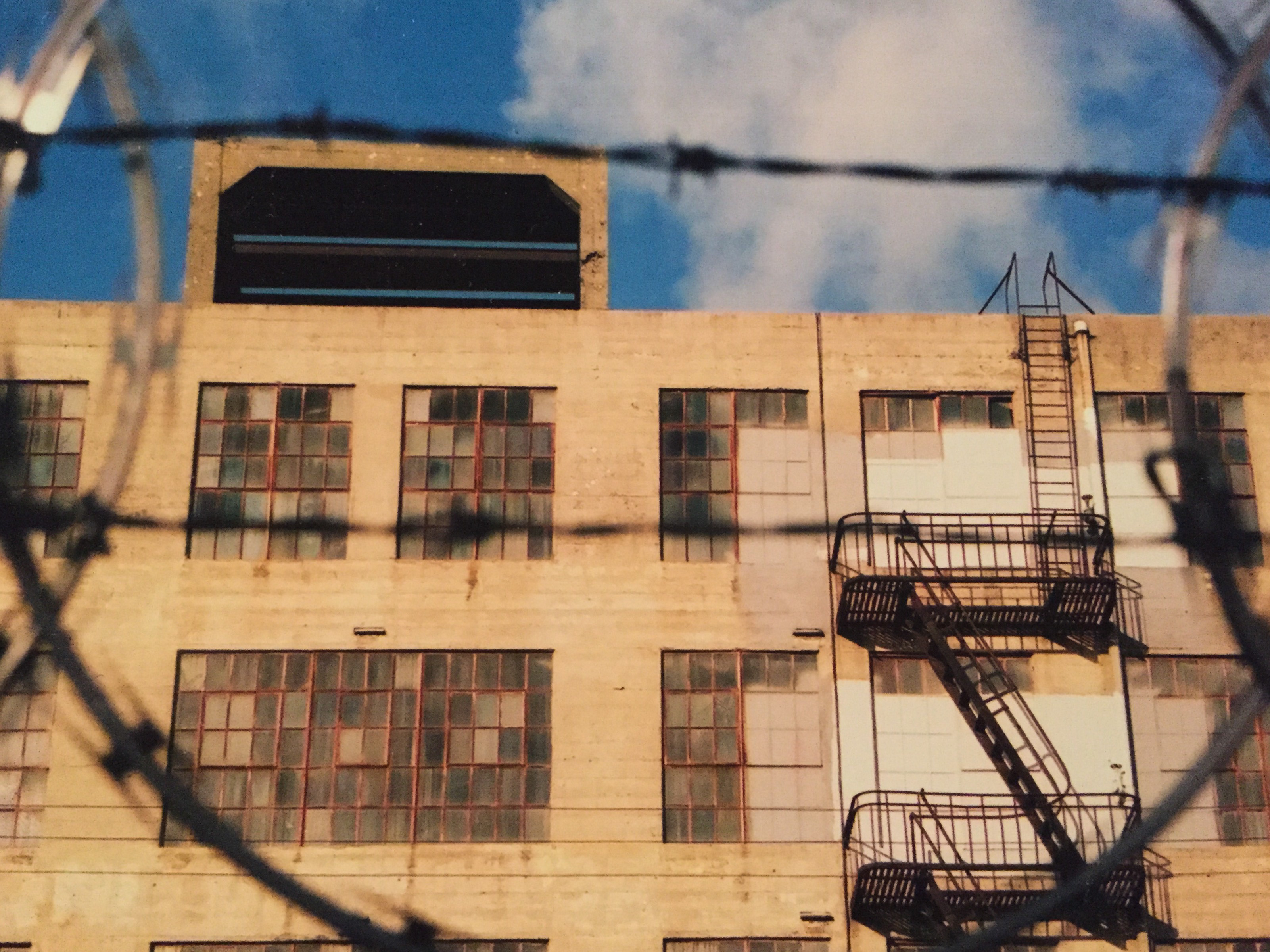 Before I actually lived in downtown Sacramento I would visit it and just explore as a teenager. Between classes or when I had a night off and nothing to do, I would roam the streets of downtown and just take it all in. Having been dragged off to suburbia as a child and raised in what felt like the middle of nowhere, being downtown was an exciting cultural adventure for me. I remember one afternoon,  while going around and experimenting with my camera, I stumbled upon an empty parking lot that backed up to a cool abandoned warehouse. I took some photos around the empty lot and its building, which probably hadn’t been painted since the 50s, and then took a couple snaps of the top of that beautiful old warehouse.

Its 10 years later and I now live in that warehouse. I knew this warehouse looked familiar the second I saw the rooftop structure for the old water tanks. Somewhere deep in my very unorganized basket of negatives and their photos, I knew I had a photo of this building, which is now called the Warehouse Artists Lofts. I’m not sure if its kismet, coincidence, or just meant to be, but so many things lined up perfectly for me and this move. I literally found out about the opportunity to live here for cheap the night before the applications were due. The logo for the building is almost identical to something I made up for my own name when I was like 9, I used to sign all my art and stuff with that damn logo which was basically inspired by the FILA logo where all the letters were connected. That was the most embarrass thing I’ve ever typed, by the way. The final thing that makes me think this was totally meant to be, is this photo. There is something so weirdly historically awesome about living in a random warehouse I photographed a decade ago. I didn’t know that 10 years later that building would be dedicated to the artists of this town and become a historical landmark. I didn’t know that I would be a part of one of the biggest accomplishments for the Sacramento local arts scene. I am so in love with the history of this town and now I get to be a part of it. I get to experience it. I get to leave my mark on this city in one of the coolest ways ever.

Now my real work begins, I need to live up to what is expected of me here and I am terrified, because success is scary as hell, but I am also seriously excited to challenge myself and see what I come up with.

2 thoughts on “A lot changes in a decade…”