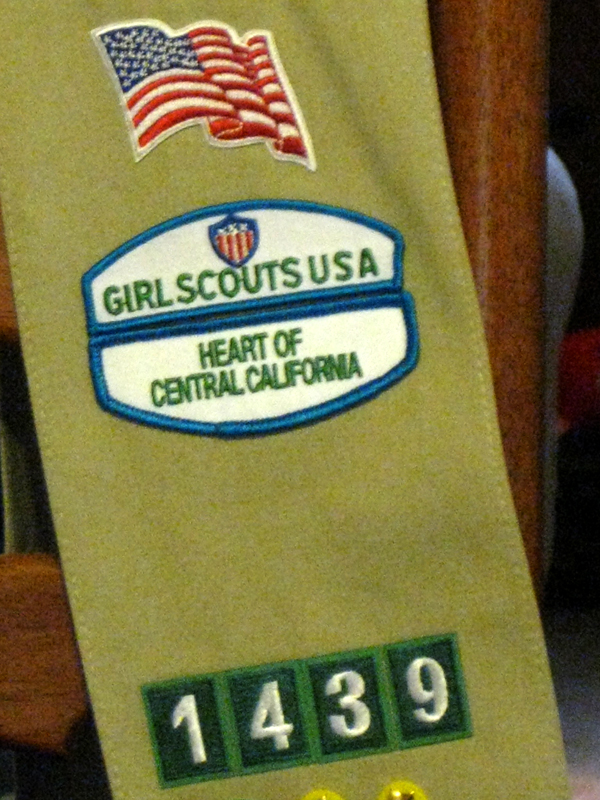 Friday I had the lovely pleasure of going over some photography basics with a local troupe of Girl Scouts in order to help them earn their Photo Badge. Now, I’ve never been a girl scout so I was kinda nervous and excited to see what goes on at these girl scout meetings. After reading up on them and the stuff they have to do to earn badges I was surprised to learn how much this organization really tries to give back to the community and build strong character within each member. I kind of wish my mom would have put me in this as a kid, but then again I was pretty lazy so I probably would have pooped out early.

Anyway Friday I drove out to Roseville with my niece E as my assistant for the day with a power point presentation, some of my photo books, my SLR camera, my polariod SX-70 and some framed photos. After they did their cute little meeting intro where they have announcements and stuff we all sat down around the table and they were all mine. Pressure!!!

I dove right in and we went over things like types of cameras and films, composition, lighting, how to use the camera, how shutter speed and aperture work together, all with tons of examples. I wasn’t sure how bored these girls would get so I made sure to include a lot of cool pictures as examples, some were my own and some I found on flickr & google. They seemed pretty interested and a few asked a lot of questions, and one girl had even printed her own picture before in school so she was like extra interested in what I had to say, which was awesome. I forgot how grabby kids can be and they saw my polariod and instantly started playing with it and ended up using the rest of my Impossible film, I had to restrain myself from crying out NOOOOOOO, but they were into it so it was for the greater good. Luckily their troupe leader was cool about it and reimbursed me for the cost of the film. Now I know though, bring an empty camera or bring enough for everyone! They really enjoyed looking through my photography books which have some awesome examples of stunning photography. Their interest in those books makes me think these kids have never really considered photography as art, which just goes to show how the times have changed. I’m glad I could show them another side to photography besides just portraiture and snapshots.

They asked me if I could take them to a darkroom and show them how to print their pictures which I thought was really cool, and was planning on taking my niece anyway, so maybe I’ll take them out this summer to The Darkroom at Photosource for a little girl scout photo field trip. I wish I had enough SLR cameras so they could all use one and learn how to use it and get way better shots than with a point and shoot digital, but we will have to make do.

We finished up the meeting with cake and punch (yum), and as we ate I asked the girls about what they wanted to do when they “grew up”. I think half wanted to be veterinarians, which is typical for this age, but a couple had some interesting answers, its always fun talking to young kids. After their meeting they continued working on a calendar they are working on as part of earning their photo badge. They were doing birthday portraits for each month and bust out with some hilarious props, including but not limited to: a giant beach umbrella, a pitcher for margaritas, and HUGE kanye west style shades. Awesome.

All in all I had a good time, and I hope they did too. Hopefully some of them will consider getting more into photography. :)

2 thoughts on “I always wanted to be a girl scout”