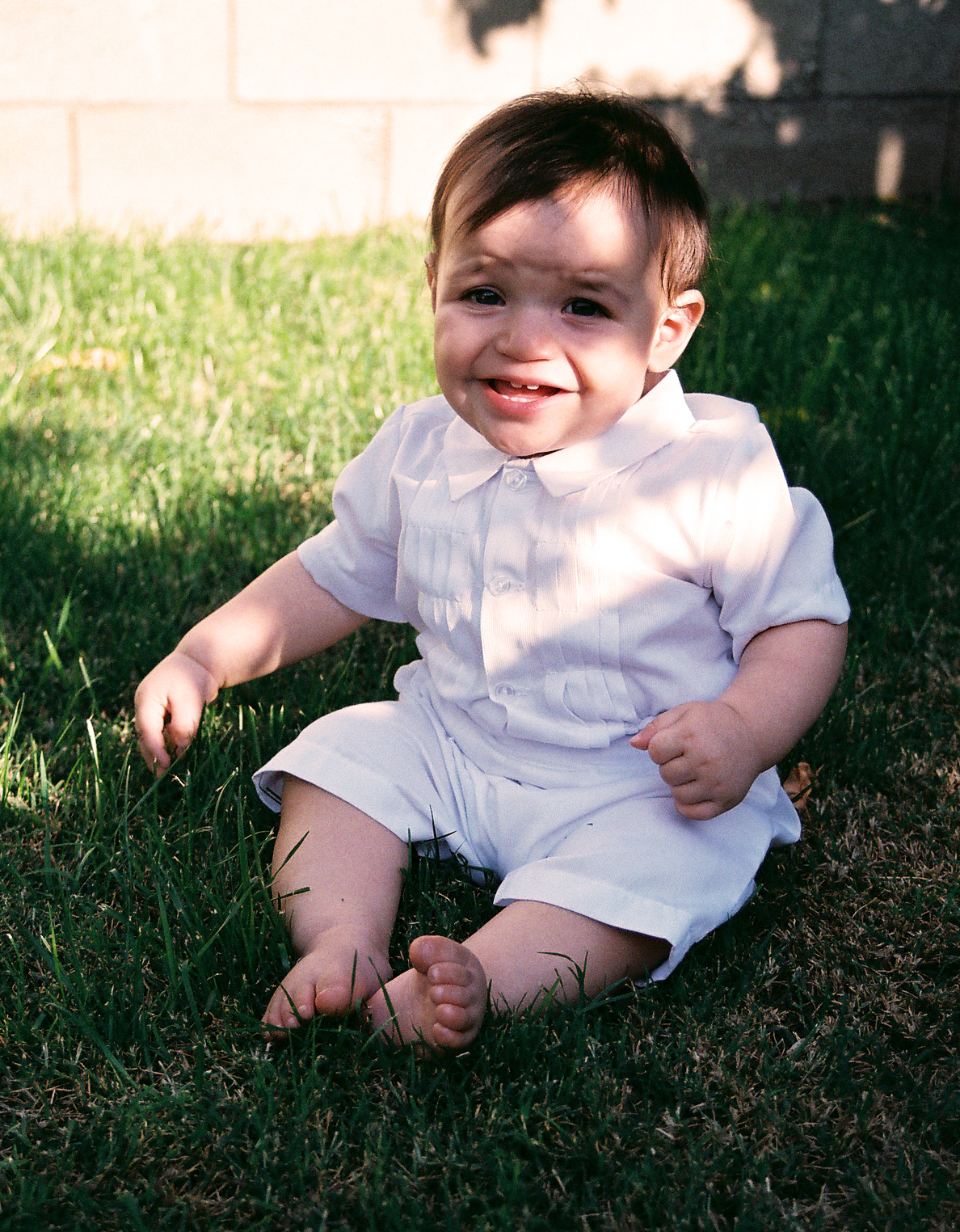 So about two weeks ago I officially became a Nina (Godmother) for the first time. My best friend Krystal who I’ve known since high school had a son back in January (her second child), and asked me and our friend Bryan to be the Godparents. Krystal and I go way back (crazy considering we still feel like teenagers sometimes), we met in class and both thought to ourselves “wow she’s really cool I want to be her friend” and so we became friends pretty much like that! Krystal has become part of my family since then, even living with me and my family for a summer before she permanently moved back to Hanford, or Hantucky as we call it. We jokingly call each other “Seesta,” even. Growing up and apart really sucks because I don’t get to see my close friends like her as much anymore but we have one of those close friendships that is timeless and we just pick right back up where we left off every time we are reunited.

Anyway when she asked me to be Carlos Martin’s godmother I couldn’t say no, plus it gave me a excuse to get down to Hantucky and visit more. Bryan, the Nino is a really good friend of Vic, Krystals husband, and they met in the Navy through Krystal’s late cousin Martin whom Bryan was really close with. I feel especially honored to be Carlos’ Nina partially because he is named after Martin. Martin and Krystal were extremely close, he was like her cool older brother always protecting her but still having that close friendship that is so special. Martin passed away unexpectedly and tragically in 2007, leaving a huge hole in everyone’s heart who knew him, it was the hardest thing I’ve ever witnessed my Seesta go through. But because life is just so crazy and ironic, that tragedy brought all of us closer together and Krystal and Vic ended up together and married a year later and now have a beautiful family. Emery, their daughter is 3 and is seriously a wizz-kid and my smiley goof-troop godson Carlos Martin is a manbaby who is only 9 months but looks like a one year old. That beautiful family is living proof that even the darkest clouds have silver linings. I love them so much and I’m so glad that we are officially family now. I can’t wait to see what Krystals kids grow up to be like and I can’t wait to be that old crazy nina getting drunk and dancing at their weddings with their parents!

I love you Carlos Martin and I’m so excited that I get to be a part of leading your spiritual life.

6 thoughts on “I became a Nina this month”