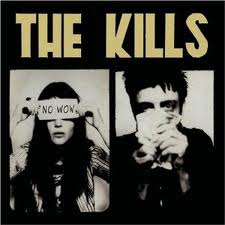 Recently I’ve been getting a LOT of bizzare looks from people when I tell them that my twitter name is @murdermile which just so happens to be totally innocent. My name comes from 2 separate favorite songs from 2 artists I LOVE. The Kills and Stars. There is not much else behind it besides that. Its a song lyric, so chill out people. Its not like I go around murdering people. So anywhere, here are the two songs that inspired my odd name. :)

“Murdermile” – The Kills (when they played this song when my best friend since birth Diana took me to their concert, I practically lost my shit)

“He Lied About Death” – Stars (they only mention murdermile around 2:10 but its a good part of the song, and the entire song is great)