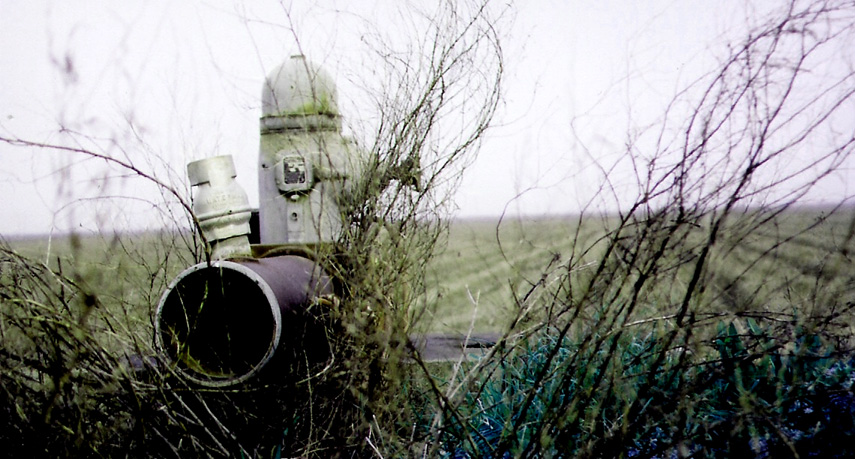 I took this photo in 2005 I think, I can’t really remember now its been so long. These were the days before I realized how dumb it was to post-process film scans in photoshop to get the cross-processed effect.  I’m too lazy to dig through 7 years worth of negatives to find the original to re-scan so I thought I’d show you all that I was once naive too and trendy with my photography. This was taken when it was totally in vogue to take pictures of inanimate random industrial objects like fire hydrants, faucets, hoses, storm drains…ect.

Anyway sorry for the lack of posting lately but there’s a funny story behind that. When I got back from Texas I was really mad at myself because I thought I was a total dum-dum and shot an empty roll in my toy TLR BBF camera (meaning I went out shooting with an emtpy camera)….but I went to load it the other day with some Fujifilm Velvia 50 and I realized that in the BBF camera the film compartment is enclosed (duh)…. when I got back from Texas I never opened the film compartment becuase I was in autopilot and in my other cameras once you open the camera there is the film… so basically I had a REALLY BIG blonde moment. So I will be developing that last roll from Texas as soon as I can. :)

2 thoughts on “Throwback Thursday & an update”